Biophysics of the mitotic spindle

We investigate the biophysical principles underlying the mitotic spindle assembly and function. In our interdisciplinary approach, we combine cell and molecular biology, molecular genetics, biophysical tools including laser microsurgery, computer science, and theoretical physics. We are especially interested in the role of bridging fibers in spindle formation and force generation, as well as in the recently discovered chirality of the spindle.

Forces in the mitotic spindle

The mitotic spindle is a fascinating micro-machine based on microtubules and the associated proteins, which divides the duplicated chromosomes between the two nascent daughter cells. Forces exist in the spindle throughout mitosis and are crucial for spindle functioning in each phase. In prometaphase, forces are orchestrated in such a way that leads to chromosome congression from a random position to the equatorial plane of the spindle. In metaphase, forces are balanced to keep the chromosomes under tension at the metaphase plate, which may contribute to silencing of the spindle assembly checkpoint. Whereas in prometaphase the forces on chromosomes are directed towards the equatorial plane of the spindle, in anaphase the forces act in the opposite direction, towards the spindle poles. Thus, precise regulation of the direction and magnitude of forces in space and time is crucial for proper chromosome segregation.

These forces are generated by spindle microtubules through their contact with chromosomes and with other microtubules. The forces arise from active processes of motor proteins and microtubule polymerization and depolymerization. The length of the microtubules enables them to establish spatial organization of the spindle and to create bundles that connect chromosomes with spindle poles, whereas their stiffness allows them to withstand and generate forces.

The forces in the spindle are difficult to directly measure by the available experimental techniques, yet they can be determined from the spindle shape. By using this approach we have shown that tension and compression coexist along a single kinetochore fiber, which are balanced by a bridging fiber between sister kinetochore fibers. An extension of this approach to three dimensions revealed that microtubule bundles have rich shapes, extending not simply like meridians on the Earth’s surface, but being twisted in a helical manner. Such complex shapes are due to rotational forces, which in addition to linear forces act in the spindle and may be generated by motor proteins such as kinesin-5. These findings open new questions for future studies to understand the mechanisms of rotational forces and reveal their biological roles in cells.

The critical task of the mitotic spindle is accurate chromosome segregation, but forces driving this process in human cells are not well understood. Our work based on quantitative imaging and laser ablation together with theory revealed that non-kinetochore microtubules, which we termed bridging fibers, balance the tension between sister kinetochores by bridging sister kinetochore fibers (Kajtez et al., Nat Commun2016). This finding challenges the prevailing view that the forces acting on kinetochores are generated by molecular events occurring only at the ends of the kinetochore fibers. We showed that each chromosome in a spindle has its associated bridging fiber (Polak et al., EMBO Rep2017). By combining laser ablation and photoactivation, we found that sliding apart of microtubules within the bridging fiber pushes the attached kinetochore fibers and their kinetochores apart, being able to segregate chromosomes independently of the spindle pole (Vukušić et al., Dev Cell2017). This result, which is unexpected because according to the current view kinetochore separation requires kinetochores to be linked with the spindle pole, revealed a role of the bridging fiber in chromosome segregation. Recently, we found that the spindle in human cells has a chiral structure (Novak et al., Nat Commun2018). Our results demonstrate that microtubule bundles are twisted in the shape of a left-handed helix, implying that torques in addition to linear forces exist in the spindle and determine its chiral architecture.

Our work on fission yeast revealed a new mechanism of kinetochore capture during mitosis, based on the rotation of microtubules around the spindle pole (Kalinina et al., Nat. Cell Biol. 2013). This concept challenges the ‘search-and-capture’ model introduced in the 1980s, centered on direct growth of microtubules towards kinetochores. We have established single-molecule observation and quantification of the motor protein dynein in living yeast cells, revealing a new mechanism for how dynein targets cortical anchor sites, by diffusing along the microtubule (Ananthanarayanan et al., Cell 2013). Finally, we have demonstrated that fission yeast does not undergo replicative aging, which challenges the view that all organisms, including microorganisms, are susceptible to aging (Coelho et al., Curr. Biol. 2013; Coelho et al., PLoS Biol. 2014). 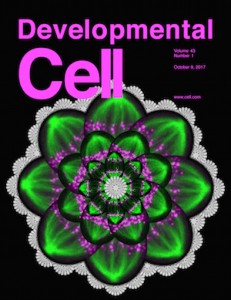 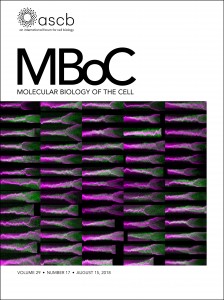