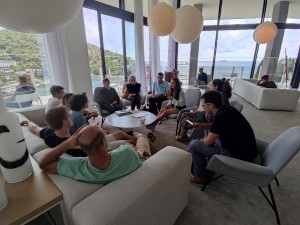 Meeting of the ERC project Molecular origins of aneuploidies in healthy and diseased human tissues (Aneuploidy), was held in Dubrovnik at Hotel Kompas, from 25-29 August 2021. After two larger meetings held online, this is the first project meeting organized in person.

Even though mitotic errors have been studied extensively in cell cultures, the mechanisms generating various errors, their propagation and effects on genome integrity are not well understood. Moreover, very little is known about mitotic errors in complex tissues. This project, which aims to uncover the molecular origins of mitotic errors and their contribution to karyotype aberrations in healthy and diseased tissues, started in April 2020 and will last for six years.

Principal investigators on the project are Iva Tolić from the Ruđer Bošković Institute, Geert Kops from the Hubrecht Institute – KNAW, team of researchers from the Massachusetts Institute of Technology and Nenad Pavin from the Faculty of Science, University of Zagreb.

The meeting gathered 15 researchers who presented latest research results in mechanisms of the oncogenic properties of chromosomal instability, behaviour of polar chromosomes during late – alingment in diploid human cells, PRC1 – labelled bundle formation during spindle development, aneuploidy in mouse small intestine organoids, photoconversion as a tool to study chromosome segregation, and development of physical and mathematical models that explain gain and chromosome alignment. 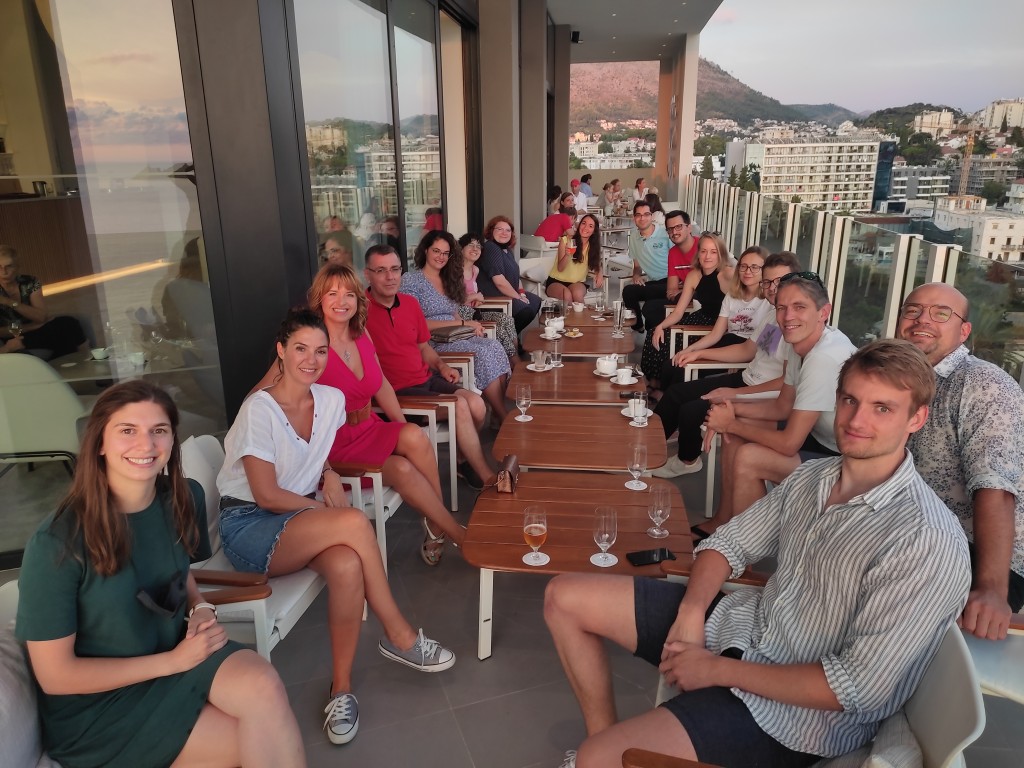 Aside from talks held by the project team members, researchers were grouped in several discussion groups to find constructive solutions to the specific questions encountered in the research so far. Discussion groups touched on topics such as recurrent aneuploidy patterns in cancer, possible causal links between chromosome instability and epithelial – mesenchymal transition, the role of chromosome instability in tumor cell development, the influence of errors during mitosis on cell population and the formation of further experiments and theoretical foundations.

This meeting enabled synergy of different scientific areas and discovery of solutions and directions in the following experimental and theoretical work.

The project has received funding from the European Union’s Horizon 2020 research and innovation program under grant agreement Nº855158 in the scope of the European Research Council Synergy program.